(Zaragoza. Tuesday, June 28, 2022). The IX Iberian Congress of Soil Sciences/ IX Congresso Ibérico das Ciências do Solo, took place from June 22 to 24, at the INIAV (National Institute of Agricultural and Veterinary Research), in Oeiras-Lisboa (Portugal), with the participation of more than 100 attendees. It featured top-level speakers from various international institutions such as Teresa Pinto Correia, Director of the Mediterranean Institute for Agriculture, Environment and Development (MED), Rocío Millán Gómez (Head of the Soil and Environmental Geology Division at CIEMAT, Research Center Energy, Environmental and Technological), Jorge Mataix Solera (President of the SECS, Spanish Society of Soil Science) and Humberto Delgado Rosa (Director for Biodiversity of the General Directorate for the Environment of the European Union). Among the topics that were addressed, the fragility of the forest floor affected by fires, the different approaches with which to preserve the productivity of agricultural soils or the new strategies that the EU is launching to protect the soils that They allow our life on Earth, by providing us with food, hosting a large part of the planet’s biodiversity, or interacting with drinking water and the climate, among other functions. 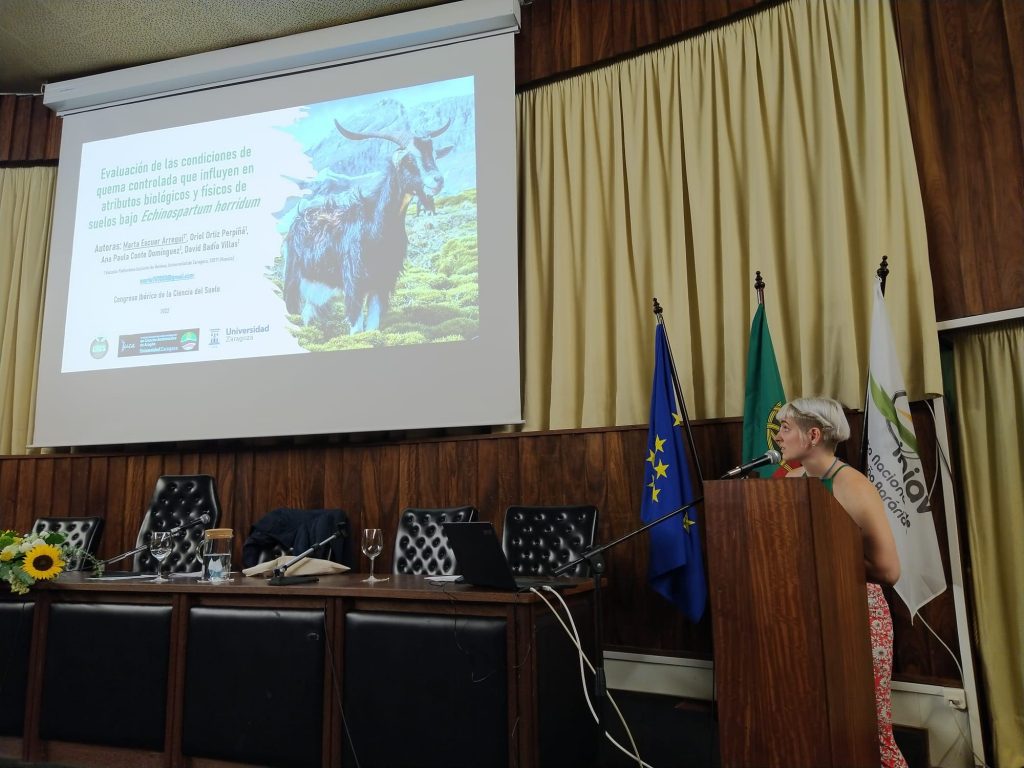 It is a triennial event that is organized between the Portuguese and Spanish Soil Science Societies (SPCS and SECS respectively), and which on this occasion had the collaboration of the Higher Institute of Agronomy of the University of Lisbon and the INIAV (National Institute of Agricultural and Veterinary Research).

The scientific program included several thematic sessions that allowed deepening the knowledge of soils, their role in plant nutrition, in sustainable soil use and management systems or soil environmental problems. Among the IUCA members, Andoni Alfaro Leránoz and David Badía Villas participated, who presented part of the research carried out at the Huesca-Unizar EPS; Specifically, Andoni Alfaro explained how prescribed burning can affect various soil properties and David Badía contributed new advances in understanding vineyard soils. 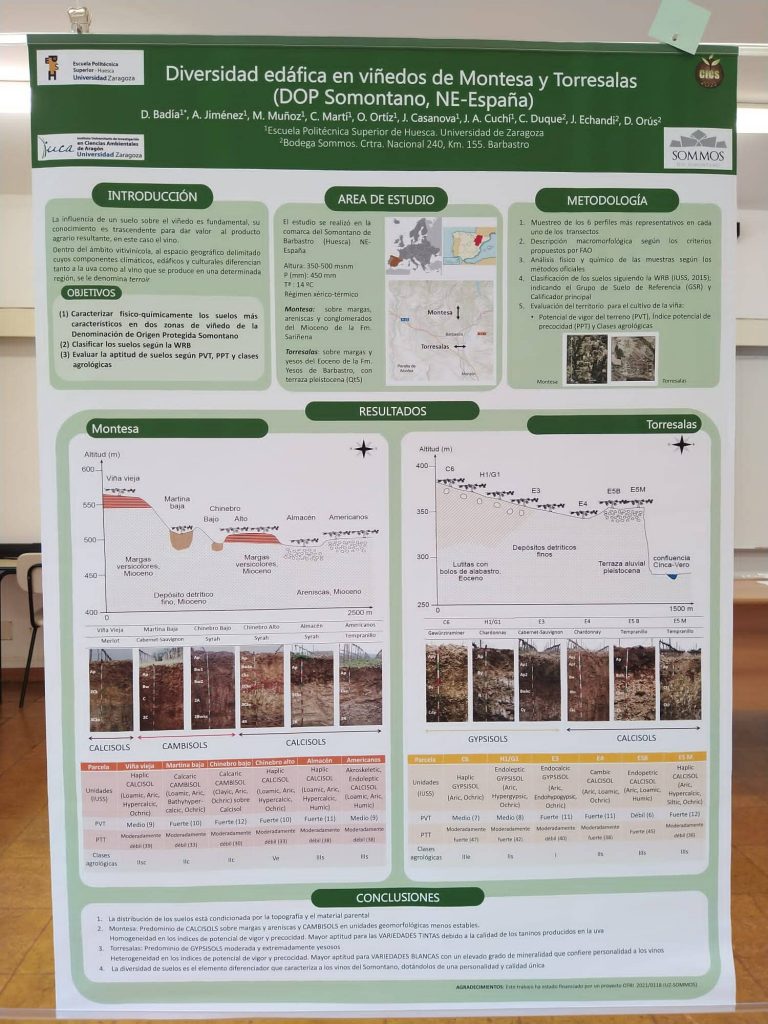